All listed songs are included in the media player at the bottom of the page. 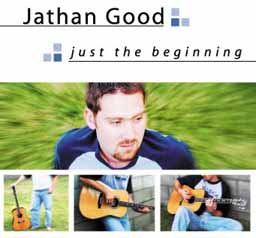 New Life (2009) – I attended a “songwriter’s bootcamp” event where Matt Redman reviewed this song in person!  How cool was it to have one of my heroes tell me what he liked about my song! (Disclaimer: this was a (very) rough draft recording I threw together quickly in order to submit it in time for the conference)

Memories With You (2012) – Written as a 10-year anniversary gift for my wife.  I was trying out a new approach to songwriting here: more of a freeform “flow of consciousness” type thing.  I’ve definitely got some work to do on this.  Please keep in mind this is a first draft…

5. More Than This Moment (original)

I studied abroad in London from 1999-2000 and took a studio recording class.  The last three tracks were a live recording project.  Unfortunately the original concert I lined up to record had massive technical issues and I had to scrap the whole recording. Because I was running out of time, I ended up recording myself “performing live” in a big empty room…alone.  Oh, and I ran out of tape just as I hit the last chord of the song…and I played the wrong chord!!  (yes this was in the days of analog recording to actual magnetic tape)